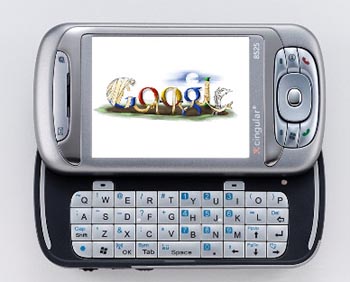 As with anything concerning the secretive HTC-produced Google Phone, we should probably take this report as a rumor and not as confirmed news, but it’s still a juicy proposition nonetheless. The Boston Globe has come across some rather interesting Google Phone details that will whet your whistle until the search engine giant decides to release some sort of official statement.

First, the Google Phone will not be running Windows Mobile like so many other HTC-made products before it. Instead, the operating system will be a “mobile variant of Linux” capable of running Java Virtual Machines. Second, all the on-board applications will be Java-based, including the music/video player. Third, the user interface is based in Java, is “very responsive”, features a “search box”, and will be “typical of mobile phones.” Fourth, the web browser — also in Java — will have pan and browse. Lastly, there was initially one prototype, but since then the mobile OS has been seen running on between 3 and 5 devices, all of which rock the QWERTY.

I personally think the biggest morsel here is that the Google Phone will be Linux-based. Did you see that one coming?