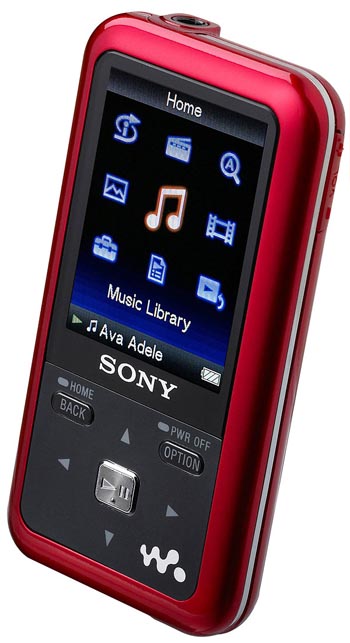 Long before the iPod even existed, people turned to Sony and their Walkman line of music players to get their portable jam on. Speaking for myself, I had both a yellow cassette-based Walkman and a CD-based Discman. That stuff was awesome. Unfortunately for Sony, their MP3 players aren’t quite as popular as their previous products have been. They hope this new generation will turn things around.

The Sony Walkman NWZ-S615F represents the newest iteration of the Walkman series of portable music players from the electronics giant and I have to admit, it’s pretty attractive. It’s not exactly revolutionary in terms of physical appearance or feature set, though. What you get is a digital audio player that’ll accept a range of formats (AAC, MP3, WMA, MPEG4, H.264), catch FM radio waves, and show it all to you on a 1.8-inch QVGA display.

We haven’t heard anything in terms of pricing, but we do know that 2GB, 4GB, and 8GB models will be available.