We’ve seen plenty of gadgets that are the same size as a fat credit card. They’ve made portable flash drives, MP3 players, and all sorts of other doo-hickeys that you can shove in your wallet. This is just the latest progression in what has become a long-standing tradition. Narae Inter has created the Card R voice recorder, which has the same footprint as your Mastercard and it measures a mere 6.5mm thick.

Despite its tiny stature, the Card R boasts 1GB of internal memory. They say that this is enough space for 72 hours of voice recordings. Also found on the tiny device at a set of vital buttons — record, play, volume, and track control — but there is no display to let you know exactly what you’re doing. There is a built-in USB connector, however, so you won’t have to fumble with any messy cables.

Weighing in at 36 grams, this thin and lightweight voice recorder is only being planned for the Korean market for now. 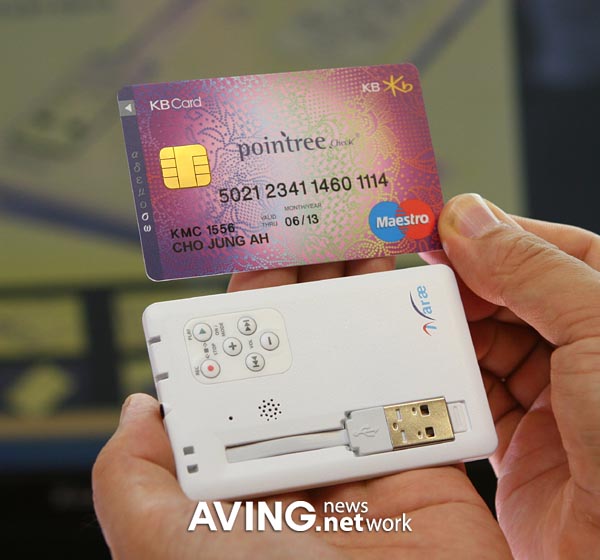