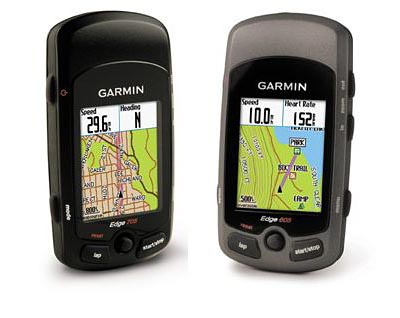 It’s amazing how popular GPS has become in recent years. It used to be such an elitist technology that was either deployed by rich people in their expensive luxury vehicles or by geography buffs who needed the tech for work purposes. Garmin has become the number one personal navigation device seller in the United States and they pushing along for an even bigger market share with the Garmin Edge 705 and Edge 605, both of which designed for cyclists.

Both units get 2.2-inch color displays and standard turn-by-turn directions, as well as detailed street maps, topography of the region (seek out and/or avoid major hills), and the company’s ANT+Sport technology. This last bit is meant to interface with fitness devices like heart monitors. What sets the two devices apart is the fact that the Garmin Edge 705 gets a barometric altimeter. It’s also includes a wireless heart rate monitor that delivers real-time data to the on-screen display.