I can’t imagine this actually being feasible for the mass market, but it does prove to be an interesting exercise in creativity. The Brix concept phone is designed in such a way that you can connect several of them together, effectively fusing the bezel-less modules into one cohesive unit.

The actual idea behind the technology isn’t exactly new, because I’m sure you’ve seen video walls at some point where several LCD or plasma TVs have been hooked up together to mimic an even larger screen. There are two vital problems to applying this concept to a cell phone, however. First, you definitely don’t want any wires connecting the beasts, so you’ve got to assume that they have some sort of connector jutting out the side. Second, getting a half-dozen of these together to achieve a reasonably-sized display sounds awfully expensive.

But I do like the bezel-less design. That’s pretty cool. 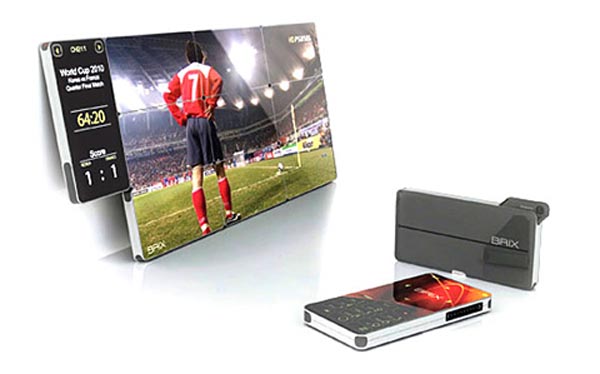