Word on the street is that Nokia is planning a pretty major press conference today wherein they will unveil a whole host of new handsets, most of which have clearly been designed with multimedia in mind. These “official” press images provided by Gearfuse show five new cell phones, but there is a distinct possibility that the Finnish phonemaker has even more tricks up its sleeve.

The Nokia N81 (top right) is being bandied around as the Gaming Phone and the N95 (top left) gets revitalized as the 8GB edition (for music). The bottom row are all phones from the XpressMusic line, complete with dedicated music controls. These will be known as the Nokia 5700, 5610, and 5310. The 5700 appears to have a twist mechanism in the bottom to switch between music-centric controls and a conventional numpad.

The new Nokia N81 is supposed to be running the new N-gage platform, and we’ll know for sure later today. 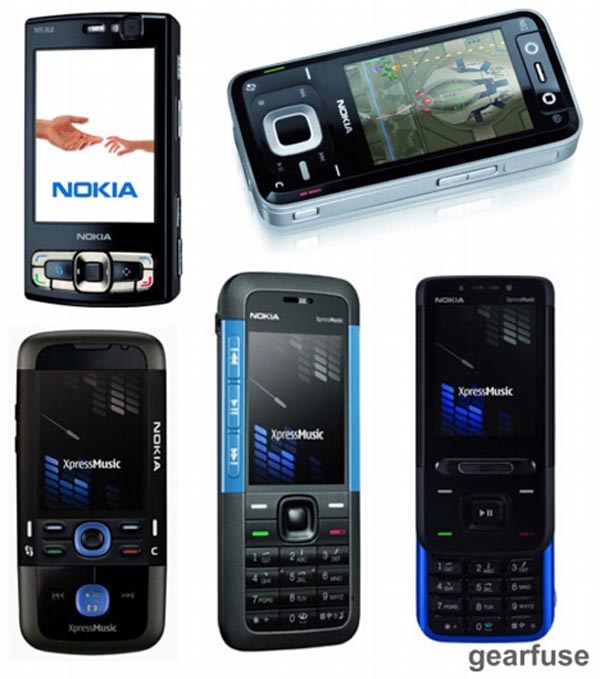