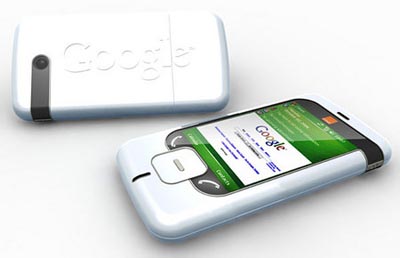 Take this report with a huge bucket of salt, but “Indian sources familiar with the search engine giant’s press release efforts” are saying that a Google phone could be announced in “as little as two weeks.” These sources were not officially named, but they say that an official release would come within a “fortnight” (who uses that term anymore?), with the launch of the Google Phone taking place simultaneously in Europe and the US.

Rumors surrounding a possible Google Phone have been floating around far too long with absolutely no information coming out of the California-based firm. Google refuses to comment on “rumour or speculation”, instead side-stepping the issue by saying “We have nothing to announce at this time.”

Far from confirmed, pundits are predicting an early 2008 release for the finished device. The Google Phone is said to run on a Linux-based operating system, feature a touchscreen display, and it “would depend heavily on Internet access to run applications.” Sounds like Google to me.