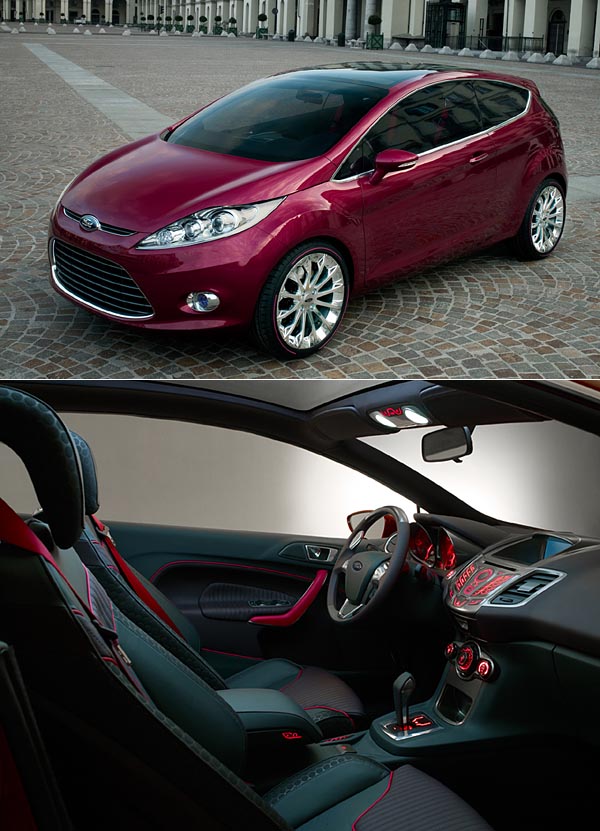 Not very much has been revealed about the new Ford Verve concept vehicle, but the blue oval carmaker was nice enough to release some juicy promo shots to whet our whistle in the meantime.

The styling appears to be similar to the Ford Edge in some ways with its very round lines and aerodynamic nose, but as you can see, the Ford Verve concept is considerably more compact and only comes with two doors. The fastback also has a huge radiator grille in the front that almost has a Chrysler-like feel to it.

More information will likely be made available when Ford officially unveils the Verve at IAA 2007 in Frankfurt, Germany. Given the launch location, I’d imagine that this is a Ford Europe product.