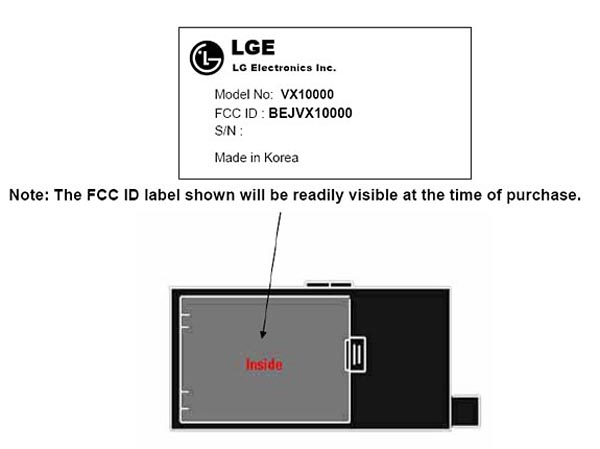 Just based on the model number alone, we should know that this cell phone will be of monumental proportions. The LG VX10000 sounds like it could be the successor to the LV VX9900, considering that they ran out of four-digit numbers in that series. Outside of the model number, the fact that it is made in Korea (duh), and it just received some love from the FCC, we know basically nothing about the LG VX10000.

LG Electronics filed a confidentiality request, so “it might take a few months until more information [is] released.” Anyone want to venture a guess as to what we should be expecting here? Is this going to a super-duper phone that will wow American audiences with its incredible feature set or is it going to be just a mild upgrade to what we’ve already seen from LG around these parts. Time will tell, my friends. Time will tell.