Several improvements have been made over the first NES emulator for the iPhone, but sound is not one of them. Instead of trying to fix things on the software side of things, Natetrue has created a hardware patch that effectively provides tactile feedback to your iPhone-fueled Nintendo adventure.

NateTrue, creator of the iBrickr, has cut a piece of transparent vinyl to mimic the shape and size of the gamepad buttons. I realize that it sounds goofy, but by adding in that layer of gushy vinyl, you get a better sense of actually pressing the NES buttons. A long-winded tutorial for loading NES ROMs (let’s keep it legal folks) can be found at Gizmodo.

On a side note, you’ll notice that the buttons have been re-arranged. Do you feel that landscape is better suited here? 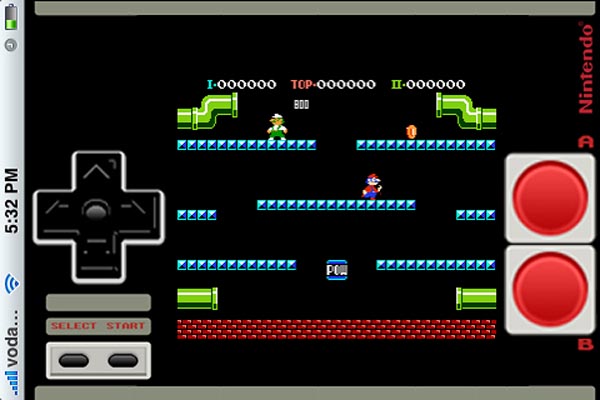