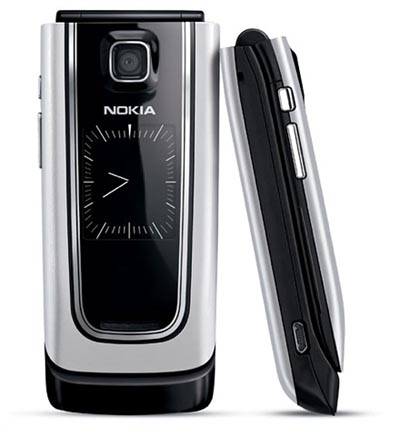 There’s a reason why they’re the world’s largest cell phone manufacturer and it’s partly because of beautiful devices like this. The Nokia 6555 was revealed today, offering the world an original design, 3G connectivity, and the quality workmanship that we’ve come to expect from the marque.

They’re saying that the Nokia 6555 is the first WCDMA cell phone to feature a “smooth-back fold design with recessed hinge creating a seamless line when open.” This is one slick puppy and it’s ergonomic to boot. The internal QVGA display is capable of showing 16 million colors, whereas the camera gets in close with 6x (digital) zoom. Rounding out the features are microSD expansion, 30MB internal memory, GSM, and Bluetooth.

The Nokia 6555 should start shipping next month with an estimated street price of 200 Euros. There’s no FCC approval, to my knowledge, so Yankees and Canucks are still out of luck.