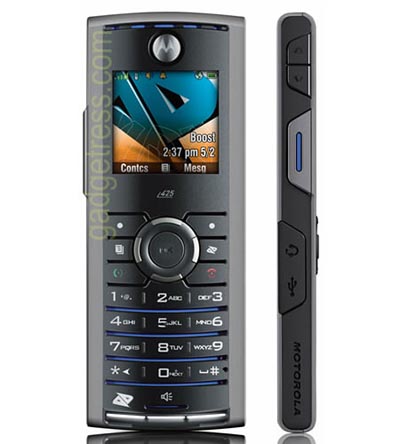 Hey Motorola, where you at? I know where you’re at. You’ve just tossed the Motorola i425 candybar into Boost Mobile’s side of the playground and the cell provider couldn’t be happier.

Unlike most other iDEN phones, the i425 is far from being considered chubby and all rugged-like. Weighing in at 3.88 ounces, this skinny candybar is just half an inch thick. It’s not SLVR, but it’s no brick either. All the standard features apply, so you’ll get GPS, voice-activated dialing, wireless web, instant messaging, and speakerphone. What’s weird is that there’s no Bluetooth.

The Motorola i425 will be available from a Boost Mobile retailer near you this fall for $60 and it comes in eco-friendly packaging, in case it finds itself in a landfill prematurely.