If you thought the LG Prada Phone was a beauty, but you needed just a little more pizazz, then it’s time to shift your focus over to the extremely powerful LG U990, affectionately known in some circles as the “Viewty.”

Not only does this handset feature the rugged good looks of the Apple iPhone, but it’s also got that full QVGA touchscreen display in case you’re not the type who likes dealing with physical buttons. There does appear to be a few hard buttons near the bottom for talk and end, however. But that’s not the candy that makes the LG U990 so sweet.

It’s the fact that this phone comes equipped with a 5.1 megapixel camera complete with Schneider-Kreuznach optics, image stabilization, and auto focus, as well as the ability to record video at a blazing 120 frames per second. To make it even more appealing, the Viewty gets HSDPA, 170MB of internal memory, and a built-in music player.

The LG U990 “Viewty” is scheduled to hit up Europe this fall. An American release has not been announced as of yet. 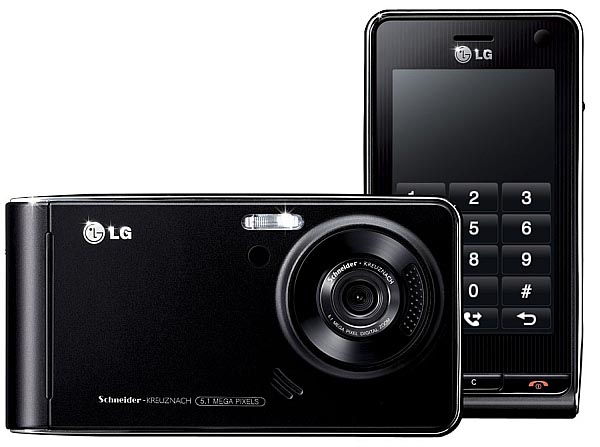