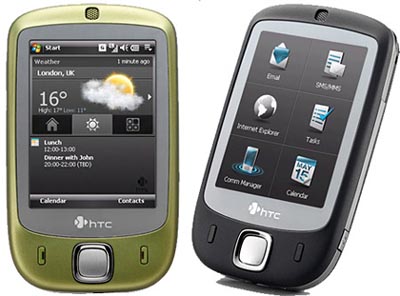 AT&T may have that exclusive deal on the Apple iPhone, but Sprint is getting its Windows Mobile-powered cousin. The HTC Touch is making its way to the CDMA mobile operator and touchy-feely users couldn’t be happier.

The naming of the device is a little strange, however. The CDMA version of the HTC Touch is technically called the HTC Vogue, but Sprint is deciding to rename the HTC Vogue as the Sprint Touch. Weird, I know. Sprint hasn’t officially confirmed that they’ll be carrying the touchscreen cell phone, but the HTC Touch was a part of the company’s annual day-long technology summit.

The specs on the Sprint Touch should sound familiar. You get a 400MHz processor, EV-DO (with Rev.A upgradability), TouchFLO interface, and TeleNav GPS. No word on pricing or release date.