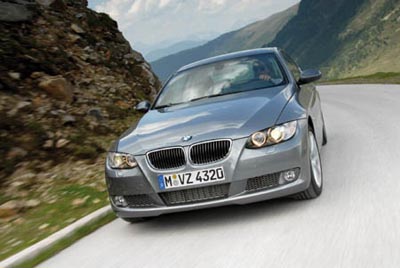 This is huge news for any BMW fans in the audience, because the German automaker is reportedly planning an all-wheel-drive version of their hugely popular 3-series coupe. The AWD 335xi Coupe is scheduled to hit showrooms as early as the first half of next year, marking the first time ever that BMW has offered power through four wheels in a 3-series coupe.

As it stands, the super-handling machine will compete against its German counterpart, the Audi A5 Quattro coupe. The BMW 335xi will get its grunt from a twin-turbo inline-six, developing a formidable 300hp and propelling it to 60mph in just 5.2 seconds. That’s 0.1 seconds faster than the rear-wheel-drive variant. It appears to be an equal trade-off between improved traction and the increased weight from the xDrive AWD system.