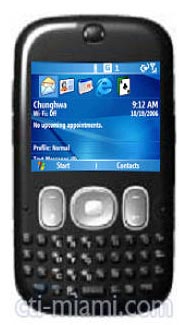 Random tipsters are saying that the HTC S640 and the HTC P3050 are due to hit the Telus lineup, alongside the new Treo 755p, sometime next month. The S640 is said to be based on the Iris platform (pictured), looking sort of like a Motorola Q, only rounder. We’re not 100% sure what the HTC S3050 is, but people are venturing guesses that it’s based on the HTC Polaris platform.

No word on pricing yet, but we do hear that the S640 will launch shortly before the P3050.