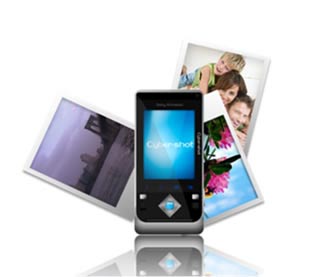 As if a skinny Cyber-shot phone wasn’t enough to tickle your fancy, it seems that Sony Ericsson may finally be working on a sliding variant of its popular Cyber-shot line of mobile phones. What you see here is far from being an official rendering, so we’ll have to take this report with a grain of salt.

It would makes sense, though, wouldn’t it? Slider phones have rapidly increased in popularity these past couple of years, especially with the release of the LG Chocolate Phone. Sony Ericsson has already taking the sliding mechanism to their Walkman phones (W850, for example), so why wouldn’t they do that for the more photographically-inclined in their mobile phone family.

We’ll have to keep our ears to the ground, but I personally like the prospects. Sliders are awesome.