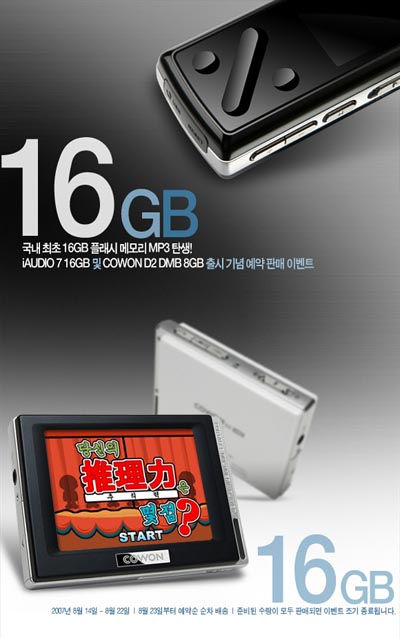 The crazy kooks at Cowon are prepared to release not one, but two portable multimedia devices that grant you access to a full 16GB of music and videos while on the go. First up, we have the iAudio7, which comes with 16GB of internal memory. We can’t say for certain, but we think that they’re doing the flash thing here and not a spinning around the clock kind of hard drive.

The second device is the Cowon D2. It only has 8GB of (flash?) memory under the hood, but you can effectively double that storage through the provided SDHC expansion card slot, bringing the total memory capacity to — you guessed it — 16 gigabytes. The Cowon D2 is also available in a DMB-touting variant.