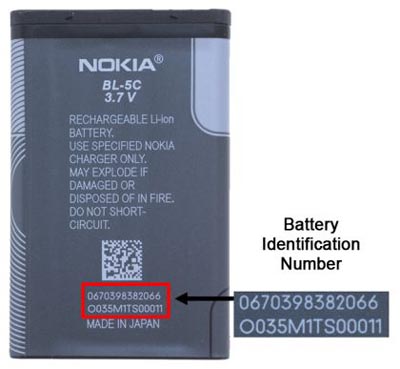 It seems like the fiery battery syndrome isn’t restricted to just the realm of laptops. Nokia, the world’s largest cell phone maker, has issued a product advisory for their BL-5C battery, because the battery may experience overheating initiated by a short circuit while charging. If this happens, which is said to be “rare”, the battery will dislodge.

The BL-5C battery, although Nokia-branded, is actually manufactured by Matsushita Battery of Japan. You might better know the Matsushita name through their Panasonic arm. In any case, the battery advisory applies to about 46 million of the more than 300 million BL-5C batteries produced by Matsushita, all of which were manufactured between December 2005 and November 2006. There have been about 100 reports globally to date of this problem. Interestingly, the overheating has only occurred in Nokia phones thus far.

More information about getting a replacement battery can be found here.