I’m all for convergence devices. We’ve seen some fantastic developments in the cell phone industry, giving us handsets that do everything but the laundry for us. It’s all pretty great, but when you’re going to market your mobile phone as having a particular feature, you better bring the goods. Sadly, I think they had an interesting idea here, but they never followed through.

The LV 2008 cell phone is being billed as the DSLR camera. This is because it comes with an external lens kit that you can attach to the camera on the back, effectively giving you true optical zoom capabilities. Like I said, this sounds like an interesting idea, but it’s pretty pointless because the on-board camera is only a 1.3 megapixel unit. We’ve got webcams that destroy that resolution. It’s like putting the world’s best racing tires on a Toyota Yaris; you’re still going to be slow.

Based on the picture, I think that the LV 2008 has a touchscreen, but I can’t say for sure. The giant speaker on the back also seems to indicate that this phone has some sort of integrated music player. Oh, and the camera has 3x digital zoom too. The saving grace is that the LV 2008 is said to only cost $130. 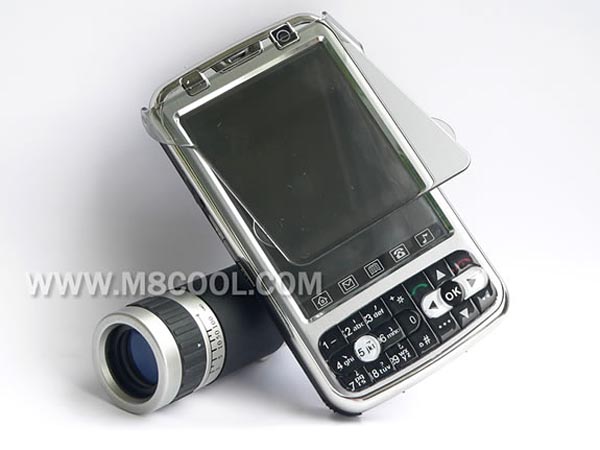