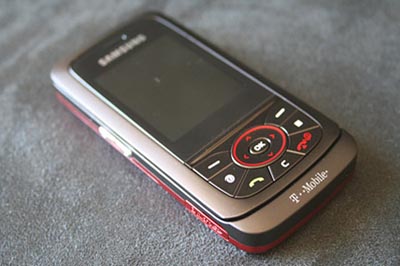 On the surface, the Samsung Blast — destined for T-Mobile stores with a mere $99 asking price — looks like any other thin Samsung slider phone. Look a little further and you’ll find something quite different altogether.

That’s because when you slide out the keypad, it’s not of the conventional numerical variety. Instead, it’s got a SureType keyboard designed for text message aficionados and email enthusiasts. It’s not quite as exciting as the sliding QWERTY on the Samsung i570 smartphone, but the Blast is much more consumer friendly, both in terms of functionality and price.

Other than the unique SureType keyboard, the Samsung Blast comes equipped with a 176×220 LCD display, microSD expansion, Bluetooth, and a music player. And let’s not forget that the $99 bargain price is more than a little appealing.