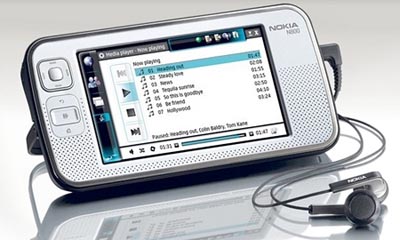 This could be some of the most awesome news I’ve heard in some time. Sprint has announced that they will launch a Mobile WiMAX-enabled version of the Nokia N800 Internet Tablet in United States. While the rest of the nation’s users are still trying to catch up to the whole 3G phenomenon, Sprint is doing the leapfrog dance by bringing us to the world of 4G. The Nokia N800 “will be one of the few UMPCs to feature support for the 4G network.”

Sprint is aiming to have the largest 4G network in the US and a big draw towards the popularity of the high-speed network will be awesome handhelds like the Nokia N800 Internet tablet. By the time the N800 launches next year for Sprint, they hope to have lots of people eager to take advantage of the 4G-ness.

In case the 4G isn’t all there, the N800 will likely still be able to do most things through WiFi or Bluetooth.