In an effort to separate themselves from their competitors, gadget-makers are doing all sorts of funky things when it comes to their latest creations. Designer Dae-Ki Hong has decided that buttons are bad, but he’s not about to replace them with a touchscreen like the iPhone. Instead, his MP3 player concept features a trackball in the center for all your navigational needs.

See the two arrows, the plus, and the minus sign? Those aren’t buttons. Instead, those icons light up when you spin the trackball in their respective directions. The plus and minus correspond to volume, whereas the two arrows control your track selection. This is certainly a different idea — it’s almost iPod shuffle-esque in appearance, wouldn’t you say? — but I don’t think it would be such a bright idea for joggers. With all that bobbing up and down, I’d imagine the spikes in volume and random track changes would get annoying very quickly.

Alternatively, place the trackball player on a desk and move it around like a mouse. Still weird, I’d say. 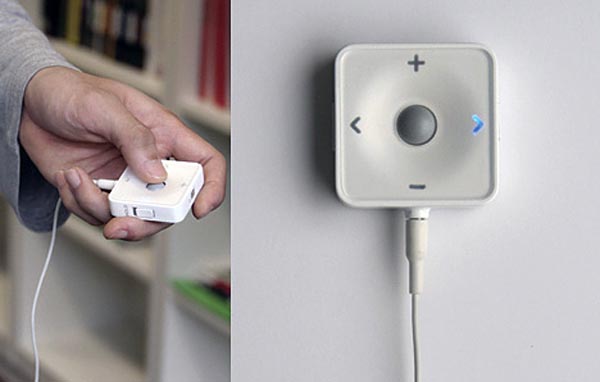