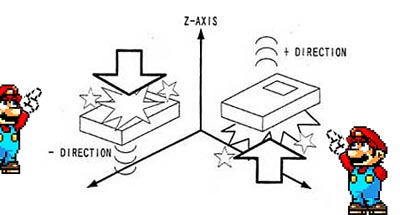 Chalk another one up for the Nintendo’s got a funky idea and they think it will print money for them column. Some scoffed at the motion sensing controls of the Wii when Nintendo first revealed them (that was when it was still called the Revolution). Who’s scoffing now? The big N prints money with the Wii, so it only makes sense that they would want to capture the portable market with a mobile motion sensing game system, right?

Well, that’s what this latest leaked patent filing from Nintendo is leading us to believe. The unidentified piece of hardware will be able to detect motions in three-dimensional space via a series of accelerometers. Here’s what the patent says:

“A game system includes a housing to be held by a player. The housing incorporates an XY-axis acceleration sensor to detect an acceleration in an X-axis and Y-axis direction and a Z-axis contact switch to detect an acceleration in a Z-axis direction. These sensor and switch detect at least one of an amount (e.g. tilt amount, movement amount, impact amount or the like) and a direction (e.g. tilt direction, movement direction, impact direction or the like) of a change applied to the housing. A simulation program provides simulation such that a state of a game space is changed related to at least one of the amount and direction of the change applied to the housing.”

For those of you in the audience who think this sounds familiar, you have a good reason to believe this. When Kirby Tilt n’ Tumble was released for the Game Boy Advance many moons ago, it had a rudimentary motion sensor built into it that would adjust the game environment based on the orientation of your Game Boy. For this reason, there’s a distinct possibility that this motion-sensing portable could be nothing more than another game for the Nintendo DS. Or at least a component of it.

The patent is dated August 2, 2007, so it’s still quite new. What’s weird is that the portable gaming machine shown looks a little too much like the old school original Game Boy. You know, the one with the puke green screen? The one that got you addicted to Tetris? Yeah, that one. 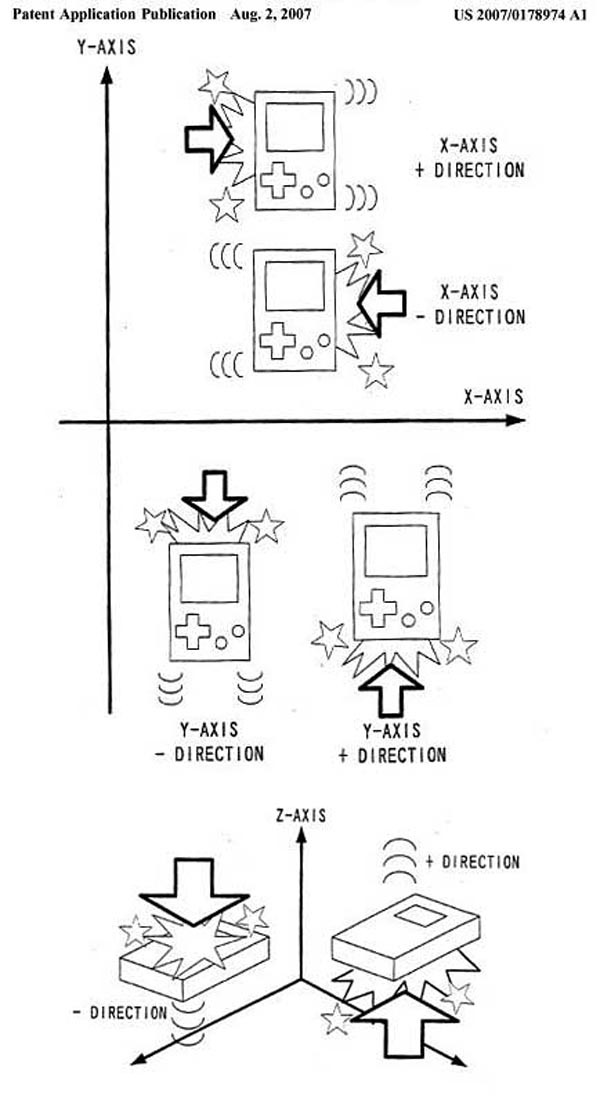