Forget that viral website that Nokia launched last week. We don’t want to put up with half-shadowed snapshots and computer-generated renders. Here is the Nokia N81 caught in the wild with a real camera. The only problem is that it’s not a working model. Instead, what you see here is the dummy phone that stores leave out for customers to play with. It’s not quite the real deal, but it’s pretty close.

Key specs, in case you didn’t know, include a 16.7 million color 2.4-inch QVGA display, a 2.0 megapixel camera, microUSB connectivity, a standard 3.5mm headset jack (yay!), 8GB of internal flash-based memory, 3G connectivity, and a secondary CIF camera for video calls. Based on the dummy phone, there doesn’t appear to be a memory card slot of any kind.

Compared to the outgoing Nokia N80, the N81 is slightly thinner, not quite as wide, and comes with new quick access keys for music. Measurements on the new unit are 102 x 50 x 17.9mm. 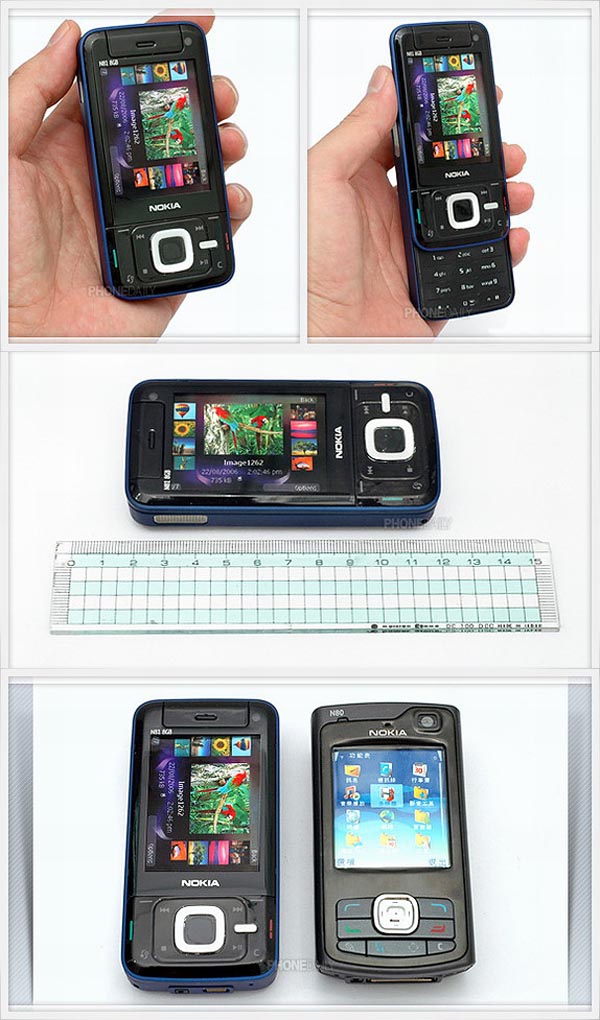