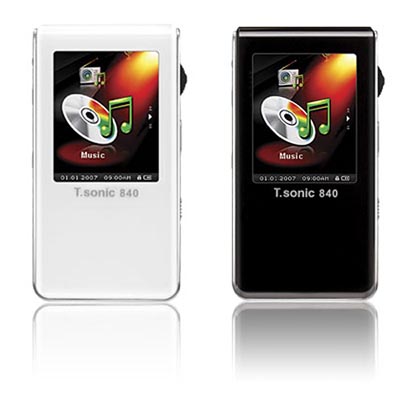 The Transcend T.sonic 840 portable music player doesn’t look like much on the surface, but delve a little deeper and you’ll find that this glossy wonder boasts an incredible 30 hours of battery life on a single charge. The actual specs aren’t all that impressive with mere support for the usual smattering of audio formats (MP3, WMA, WAV, WMA-DRM10), as well as some love for pictures (JPG, BMP), but it won’t do video, nor does it come with WiFi, Bluetooth, or any of that other stuff that makes certain DAPs more appealing than others.

The 1.8-inch color TFT LCD serves its purpose just fine, giving you barely enough room to enjoy the on-screen karaoke lyrics scroller and text viewer. There’s also a built-in digital voice recorder where you can slow down and speed up the playback on a whim. If English isn’t your strong suit, Transcend has you covered with the T.sonic 840 as well, because the menu comes in 13 different languages.

The 30 hours of playback will certainly come in handy for extended periods on an airplane. It hasn’t officially launched in the United States yet, but we hear that the 2GB and 4GB model will retail for about $125 and $167, respectively.