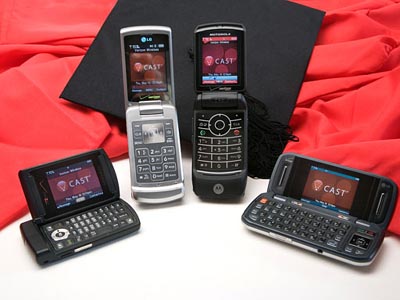 From “The Office” to “Project Runway”, Verizon V CAST customers now have near instant access to a huge range of NBC quality entertainment, courtesy of the nine new NBC Universal channels being offered through the mobile multimedia service. Short video on demand clips can be downloaded on V CAST compatible phones, just as before, but now you’ve got even more options.

Some of the highlights include funny clips from The Tonight Show with Jay Leno and Late Night with Conan O’Brien, as well as content from Heroes, Friday Night Lights, and Top Chef. V CAST-enabled phone owners can get this stuff for $3.00 for 24 hours of access or $15 for the monthly subscription.