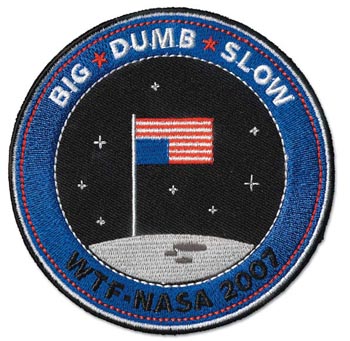 Before the iPhone officially launched in June, hardcore business users were saying that it could never replace their reliance on “real” business-minded cell phones like a BlackBerry, Treo, or HTC Windows Mobile handheld. NASA has now agreed.

Steve Jobs, to my knowledge, has never really claimed that the iPhone was supposed to take over the world dominated by RIM, but he was certainly hoping to steal at least a sizable chunk of the marketplace with his beautiful little iPod-cum-mobile phone. In the end, the general public has generally agreed that the iPhone is more of a mainstream entertainment-minded mobile, rather than one for die-hard business users. Following this line of thought, NASA “has declared the iPhone not ready for business use by their employees.”

Instead, the planet-hopping organization has decided to support the BlackBerry 8800 and the Palm Treo 750.