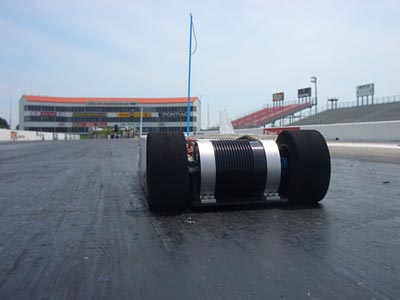 Apparently, Nic Case is feeling the need for speed, but he doesn’t actually want to sit in the cockpit. Instead, he’s working on a remote-controlled car — he calls it the X2 — that may be capable of going 200mph. And that’s in actual miles per hour, not in scale.

The current record amongst R/C cars is 134.4mph, so Nic has quite a huge task ahead of him if he hopes to break 200mph. The X2 is powered by a 29.6 volt direct drive motor, giving it a theoretical top speed of 274mph, so it sounds like it would be well within the realm of possibility. Unfortunately, that figure does not account for drag from the air or the friction from the tires (made of special foam to withstand high RPMs) on the road.