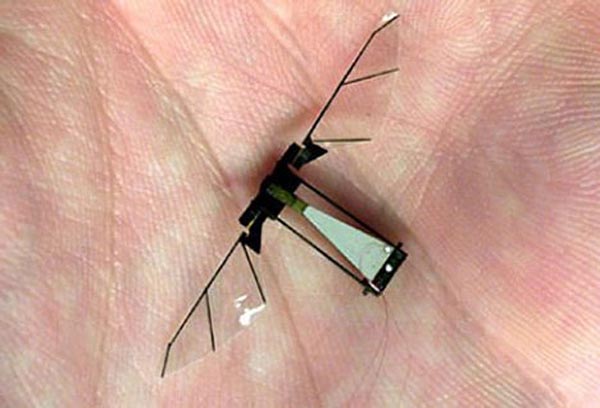 If the movie Transformers has taught as anything, it’s that big robots can cause some pretty massive damage. In an effort to keep things under control, Professor Robert Wood of Harvard University has developed a robotic fly that is actually the same size as a real fly, except, you know, it’s a robot.

Boasting a wingspan of just one inch, the little robotic fly can beat its wings at 110 beats per minute. You won’t have to worry about its little wings breaking off either, because Wood has implemented carbon fiber joints for this automaton insect. The plan is to use the little pest for military surveillance, because terrorists and the like would never suspect a buzzing fly.

That is, until it seems so much more interested in looking “at your top secret documents instead of that candy bar on your desk.”