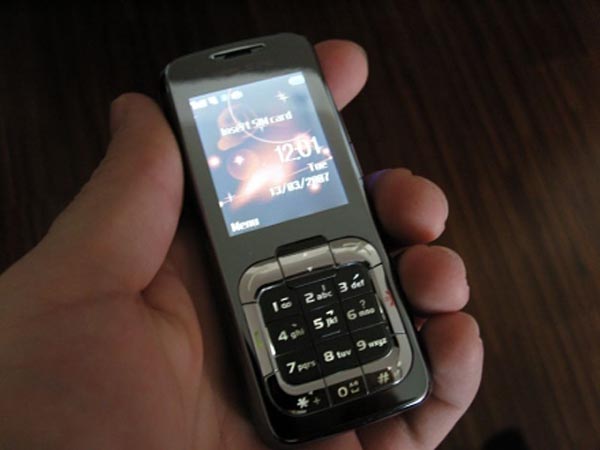 Remember the Haier Black Pearl from last year? The one that latter donned a cape to become the Dmobo Batman Phone, before rechristening itself as the Haier Elegance? Well, Haier is at it again with yet another fashion-conscious cell phone, and just like the Black Pearl before it, the new Haier Sterling also has a disappearing OLED display.

In many ways, the Haier Sterling is fundamentally identical to the Elegance, including an ultra glossy finish (although the Sterling seems to have more of a chrome look to it). The keypad has also been re-interpreted, tossing in a rocking navigational piece above the numpad. Owners of the Black Pearl complained that it lacked a camera, so Haier addressed that by including a 1.3 megapixel shooter in the Sterling. Other vitals include an MP3 player, 3.5mm headphone jack, FM radio, and microSD expansion.

No word on pricing or availability, but word is that it shouldn’t cost much more than $200 when it hits the streets.