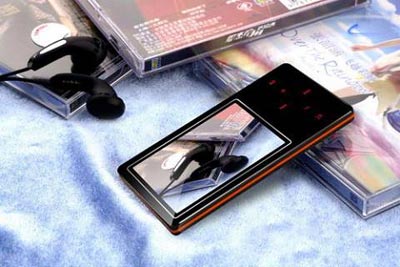 Its footprint is probably a little bigger than a nano, but the Blast player from Oppo is just as thin and comes with a host of extra features. The full color display is an adequate size and that’s because the Oppo Blast is just as capable of playing videos (including FLV flash videos) as it is music.

Measuring around 0.27-inches thick (the iPod nano is 0.25-inches, by comparison), the Blast from Oppo features touch-sensitive controls on the front and support for lossless APE, FLAC music tracks, and GIF images. The black and orange color scheme is pretty attractive too. The crappy part is that the Blast doesn’t come with any internal memory of its own, instead relying on the microSD expansion slot for storage.

No word on pricing or availability, but we think the Blast from Oppo will be China-only product, at least in the beginning.