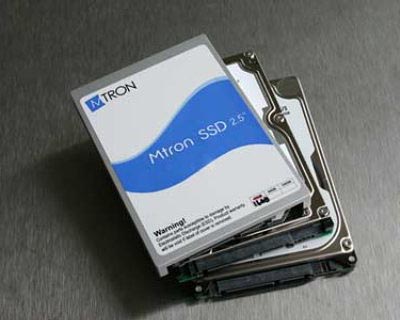 It has long been said that solid state drives are more efficient and more expedient than conventional spinning platters, but the speed numbers haven’t exactly been all that impressive. That all changed today. The Mtron MSD-S2516 solid state drive was put through its paces, and after enduring several tests, it emerged as being even faster than the holy grail of hard drives, the 10,000rpm Raptor from Western Digital.

So, it seems that solid state drives are perfectly capable of being fast, but at this time, they still don’t have the same level of capacity as their conventional HDD brothers, nor are they as cheap. Flash memory prices will come down with time, but for now, they’re still too expensive. It’s $1,000 for just a 16GB SSD from Mtron!