Newsflash. Electronics makers in China have a habit of copycatting popular designs and the iPhone is not immune to this invasion. The latest iPhone “variant” is the Cect 599, a mobile phone that features a touchscreen across its entire front face, much like the Cupertino offering.

The iPhone hasn’t officially made its way into the nation with the world’s largest population, so this will be the next closest thing for the country’s inhabitants. The Cect 599 features a 3.2-inch color screen with WQVGA (240×400) resolution, as well as Bluetooth, dual speakers, a 1.3 megapixel camera, and no internal memory. Instead, you’ve got to make use of the microSD expansion slot. Don’t bother watching videos on here, though, since “it can only play video with a maximum of 176 x 144 pixels.” 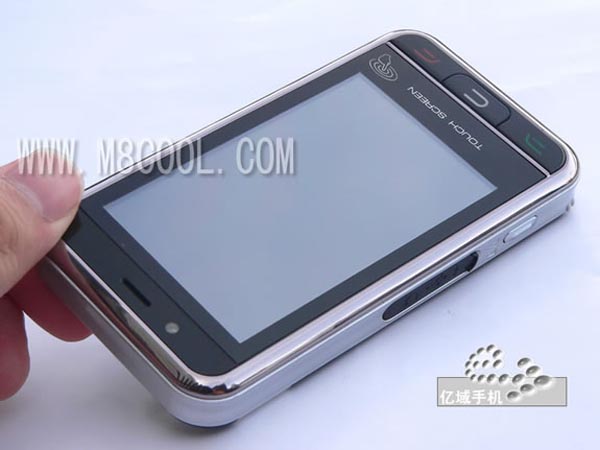