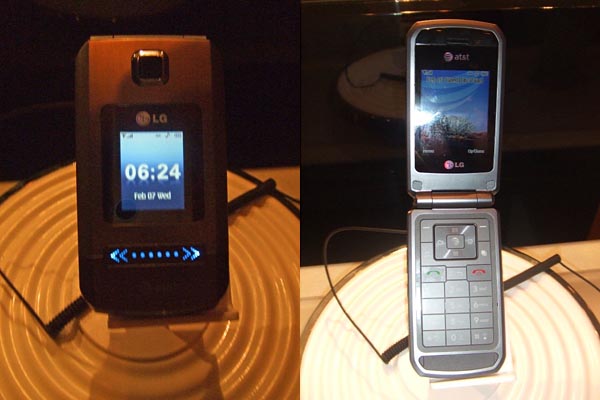 Yes, Apple fanboys, there is actually an option beyond Steve Jobs’ creation for when you want to merge your MP3 player with your mobile phone. The LG Trax has not yet been officially launched by the team at AT&T, but it was on display at LG’s holiday showcase at Christie’s Auction House in Manhattan. The 3G music phone lets consumer “keep the beat of their active lifestyle and easily change their tune while listening to music wherever they go.”

Outside of the external music controls and internal player, the LG Trax has also got stereo Bluetooth (another leg up on the iPhone), mobile messaging, and high-speed 3G connectivity.