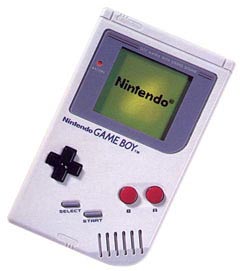 I remember when I was just a little boy, I dragged my dad into the local department store and begged for him to buy me the original Nintendo Game Boy. Despite being a fairly heavy contraption and despite having a screen that depicted varying shades of puke green, I thought it was a technological masterpiece. It let me play Tetris anywhere I went. It pushed out a garbled soundtrack and it was great.

Sadly, after nearly twenty years in the game (no pun intended), the Game Boy line from Nintendo may officially be dead. George Harrison, Nintendo’s Senior Vice President of Marketing, has basically decided that with the huge success of the DS (and the DS Lite), there really is no need to resurrect the Game Boy line, which currently exists as a Game Boy Micro and a Game Boy Advance – SP (GBA-SP).

According to Harrison, “it’s hard to say in the future if we will ever bring back the Game Boy trademark.” While he doesn’t rule out the possibility, I wouldn’t hold my breath.