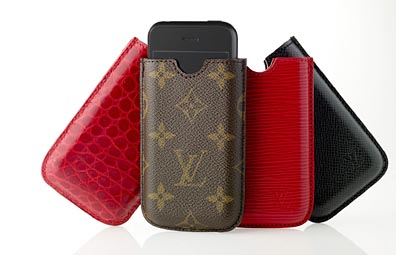 Here’s an expensive case for expensive tastes, but without jewels spewing every which way, I don’t think it’ll attract the attention of someone like Paris Hilton. Louis Vuitton has just released a batch of cases for the Apple iPhone, including one that features the company’s signature LV monogram.

Really, there is nothing special about these cases other than the fact that they are LV, but you could probably say that same thing about most of their product line. People pay for the prestige and the ability to openly flaunt their spending habits. If you happen to be out Hollywood way, you’re out of luck though, because Louis Vuitton is selling these exclusively in Manhattan.

The LV signature edition iPhone case comes with a $120 asking price, but for an over the top “look at how much money I have” alligator edition, you’ll need to fork over a cool $1,120. Mind you, that’s still cheaper than buying a blended iPhone.