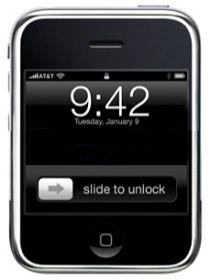 Do you like the iPhone with all of its multi-touch technology and svelte-looking appearance? But you’re not a fan of the extra bulk and the hefty price? Well, just as Apple created the Mini (and later the nano and shuffle) for the iPod line, they’re about to do the same for the the iPhone and it’s coming sooner than you think.

According to Commercial Times of Taiwan, Apple is already working on an iPhone nano of some sort and the kicker is that it will be ready for mass market consumption as early as this September. Yes, as in less than two months from now. Of course, this is just one big rumor brewed up by some guy in Taiwan, but the prospects are certainly juicy, especially when you consider the proposed price point of “between US$249 and $299.”

The touch panel will be manufactured by Wintek of Taiwan, but we can’t speak to any of the other features, because nothing has really been said about what will be missing from the picture. Maybe less memory? Crappier camera? Time will tell.