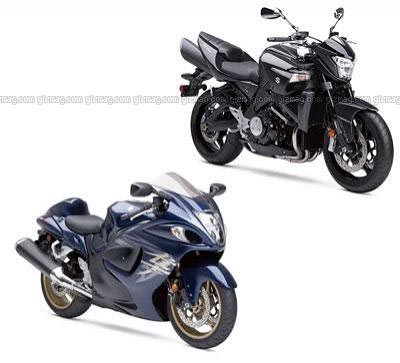 I’m more of a four-wheel kind of guy, but for fans of the two-wheelers out there, here is some news that will get your jaw dropping. The 2008 Suzuki Hayabusa is set to be the world’s fastest production motorcycle, beating out the current leader, the Kawasaki ZX-14. I personally like the Hayabusa better anyways, and it’s not just because the bike shares its name with one awesome ninja.

The 2008 model gets an engine that will be 41cc larger than its predecessor, now weighing in at 1340cc. Suzuki has also increased the compression ratio from 11.5:1 to 12.5:1. Taking everything into account, the new Hayabusa will develop 180hp, representing a 12% increase in power over the 175hp offered by the outgoing motor.

If the Hayabusa’s styling is not your cup of tea, the same engine will also be available in the “hyper muscular” B-King.