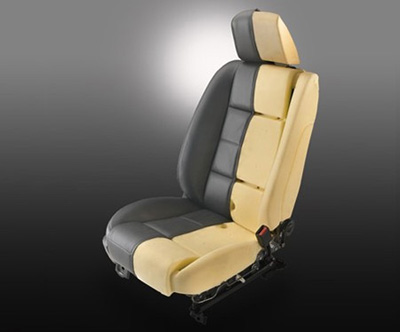 No, Soy is not the name of some new brand that you never heard of. Take that statement very literally, because the 2008 Ford Mustang will come with seats that use soy-based foam. Yes, as in soy beans. As in the soy milk. As in the same kind of stuff that goes well with tofu dogs and wheat grass. I don’t know about you, but that seems like the total opposite of what the Mustang is supposed to represent.

Ford Motor Company has teamed up with Lear Corporation to develop this soy-based seat foam, and they say that by going with this route instead of the current petroleum-based foam, they will lower the amount of carbon dioxide emitted during the creation of the foam. Also, the new soy-based foam “will substitute nearly a quarter of [the seat’s] mass with renewable content.”

And don’t think that Ford is new to the soy game either. In fact, their infatuation with soy dates all the way back to the Model T, “which contained 60 pounds of beans in its paint and molded plastic parts.” Yes, they were dedicated to the environment and fighting global warming even back then. Talk about “Way Forward”.