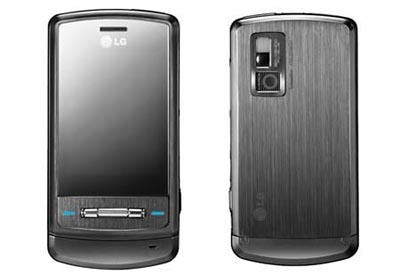 Not a fan of the silver and chrome, but you just can’t resist the allure of the LG Shine? Then you’re in luck, because LG has just revealed a new version of the Shine that is dressed up in Titanium Black. The all metal body “looks classier than ever” with its somewhat shiny, somewhat matte finish. You’ll also notice that the back side has a slightly brushed look to it, further adding its sense of “class.”

In terms of the innards, the Titanium Black LG Shine is functionally identical to its not so black counterpart. It’s got the same 2 megapixel camera with optics by Schneider Kreuznach, the the same “easy-to-use multi-function scroll wheel”, and the same comprehensive music player. Connectivity is achieved through GSM, GPRS, EDGE and Bluetooth.

No word on pricing, but we do hear this sveltely titanium number will be hitting the UK, France, Netherlands, and Austria later this month.