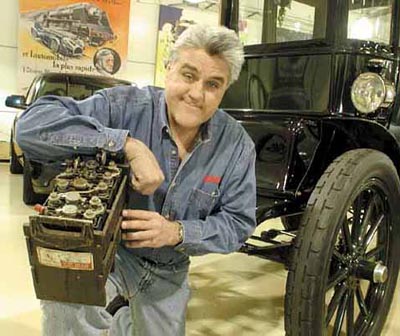 It’s the Tesla Show with Jay Leno. Tonight, Jay welcomes… a shiny new Tesla Roadster. Jay takes the electric sports car for a spin around the block and gives his impressions of the environmentally-friendly speedster.

We all know that Jay Leno is a gearhead with a huge collection of expensive (and not so expensive) cars, so he knows his way around a garage and he can quickly separate good cars from great ones. In his professional opinion, the Tesla Roadster that has everyone abuzz is merely an “electric version of the very British Lotus Elise.” This makes sense, considering that Lotus is pretty intimately involved with the Tesla.

Despite this snide remark, Leno admittedly gives the Tesla Roadster a “more-or-less glowing review of the electron-guzzling car from San Carlos.”