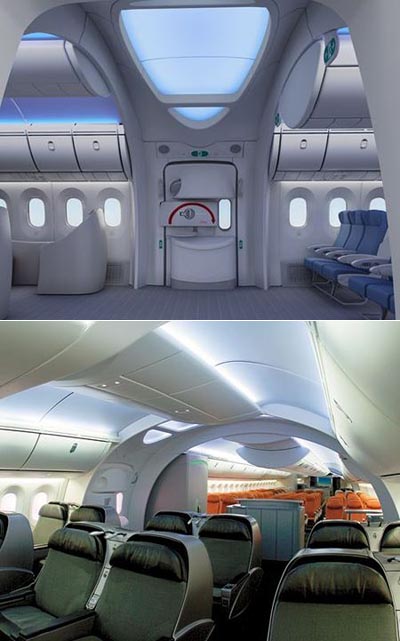 A couple of weeks ago, we spotted a near-completed Boeing 787 Dreamliner getting its final touches at the assembly yard, but today, we get to look inside. Boeing officially revealed its incredible 787 Dreamliner hyper-luxury jet yesterday, a date that was particularly appropriate: 7/8/07. It’s like they planned out the number just for this or something.

The big gala event was attended by thousands of people, each of which were intrigued by “the plane’s extravagantly orchestrated premiere.” As you’ve probably known for some time, this plane is designed to be as luxurious as it gets, short of owning your own private jet. The incredible interior was designed by Teague of Seattle, a firm which has worked with Boeing for 60 years.