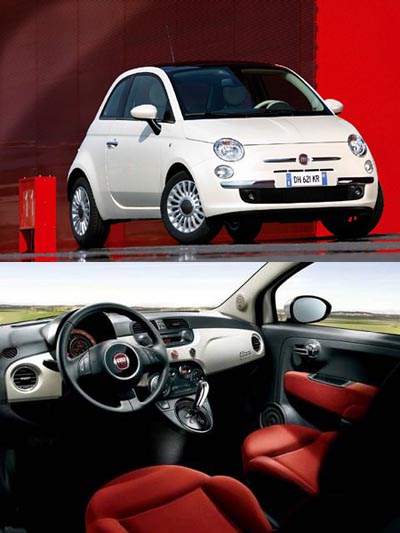 Let’s just hope that you don’t unexpectedly get the blue screen of death. You have performed an illegal operation? I thought that U-turns were fine here?

On a more serious note, the new Fiat 500 was recently revealed and one of the most noticeable features of the tiny hatchback is the Microsoft logo in the cabin. Fiat apparently teamed up with Microsoft and Magneti Marelli to produce a media and navigation system based on Windows Mobile. The all-inclusive system not only blasts out the tunes, but it’s also got voice activation, a dashboard screen, steering wheel-mounted controls, USB expandability, and Bluetooth connectivity.

Taking it further, there is also an optional upgrade that brings satellite navigation into the picture, complete with address look-up, weather and traffic reports, and so on.

Outside of this multimedia goodness, the new Fiat 500 produces a maximum of about 100hp from the 1.2, 1.3, and 1.4 litre engine choices. What’s more, it might even make an appearance at American showrooms in 2010.