Around these parts, I usually only see Chevy Impalas and Ford Crown Victorias dressed up as police cars, but apparently that isn’t the case over in Europe.

At Salon Prive’s Private and Luxury Super Car Show next week in London, they plan to show off the Ferrari 612 Scaglietti Grand Tourer. The critical difference between this Ferrari and the others that preceded it is that this one comes complete with police badging and working lights on the roof. You’d had to be caught speeding on the freeway by this thing, because it’s going to have no trouble at all chasing you down.

Designed by the lovely people at Pininfarina, the 612 Scaglietti comes powered by a 5.7L engine that rockets the supercar to speeds beyond 199mph (320 km/h). This is faster than other similarly-equipped police cars like the Lamborghini Gallardo used in Italy (309 km/h), but still slower than the 362 km/h Brabus Rocket shown last year in Essen. 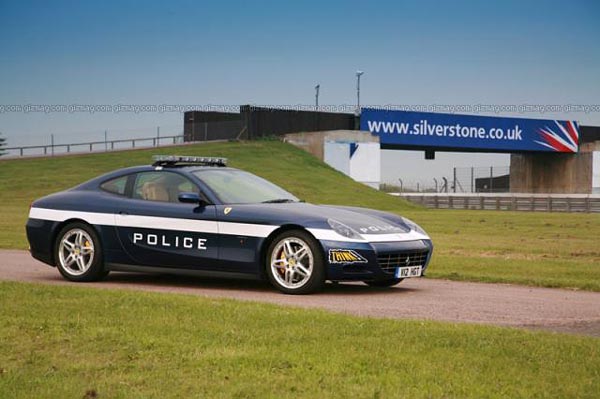