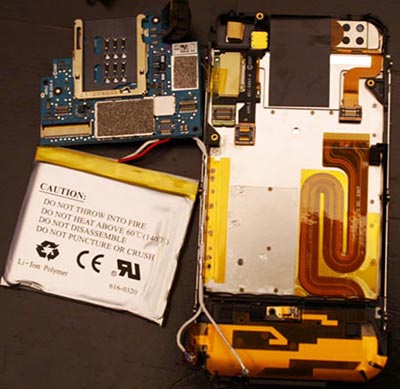 We all know that the retail price for an 8GB iPhone is $599 with a two-year contract, but how much does it actually cost the people in Cupertino to produce a single unit. You might be surprised by the answer.

In the world of video games, there are some rather disparate stories. For each PlayStation 3 that Sony sells, they actually lose money. For each Wii that Nintendo sells, however, they make loads of money. This is because Nintendo used cheaper components and opted out of using anything too expensive. Apple has taken a similar strategy with the iPhone.

The actual cost of materials for an 8GB model is estimated at just $220. The 4GB version is even less, naturally, at just $200. This is based on some rather limited information, but it’s not a blind shot in the dark, because Portelligent actually took an iPhone apart to look at each piece — like the Samsung NAND Flash memory — pricing them accordingly.

Most of the money goes toward the $60 touchscreen, manufactured by Balda of Germany.