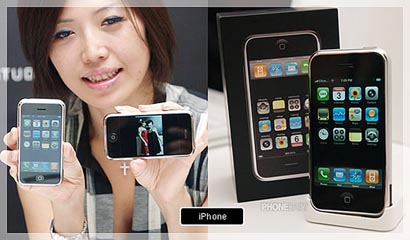 Looks like Apple’s little cell phone has learned how to swim, because it’s managed to doggy-paddle its way across the Pacific to Taiwan. This is following news that the iPhone is already available in India via gray market channels.

To make it to Taiwan, this particular iPhone was purchased by one of the Apple retail stores in Taiwan. The unit, as far as we can tell, is not for sale, but is rather to allow customers to “have a touch of it in their shop.” This is potentially a pre-sell arrangement, because the iPhone could officially make its way to Asia next year. What a tease!

The cell phone is locked under an AT&T contract, but it works just fine on the island thanks to the auto-roaming service. I’d hate to see the bill at the end of the month, though.