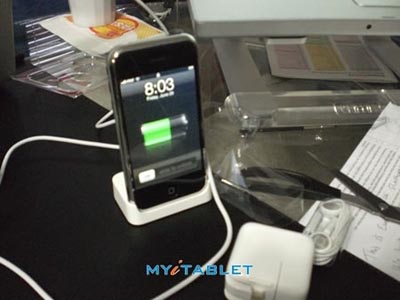 This might be just an isolated case, but it could certainly be a cause for concern among any of the 500,000 new iPhone owners across the nation.

Ewdi of MyiTablet, like everyone else over the weekend, was very happy to pick up the new Apple cell phone. After plunking the iPhone in its provided dock for about 20 minutes, letting it sync up the emails on his MacBook Pro, he took the iPhone out of its dock to take a voice call. This is where it gets interesting. The iPhone was “hot to the touch” and it caused “major discomfort to his ear when talking.”

This does not necessarily mean that something had gone wrong internally, but if it is as hot as Ewdi is claiming, it could be a pretty major annoyance. Stay tuned.