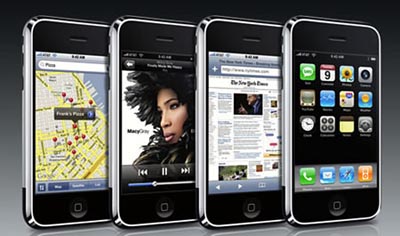 Well, the momentous day has come and gone, so one of the big questions on everyone’s mind is how many of these bad boys actually got sold? According to Blackfriars industry analysts, when you account for all cash register receipts, there was a total of 500,000 Apple iPhones sold over the weekend.

Some analysts claimed that the iPhone launch would be a failure — it’s not without its shortcomings and people may not have been all that interested in signing a hefty two-year contract — but those claims have essentially been disproven. Naysayers said that Apple would be lucky if they managed to push 100,000 units out the door. The Cupertino crew did five times that.

What’s more, initial reports are saying that 100,000 iPhones were sold “in just the first two to three hours.”