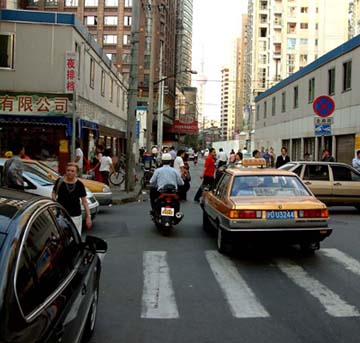 Here’s a weird one for you. Apparently traffic noise has become such a problem in Shanghai that government officials have banned the use of car horns altogether. No more honking, unless you want to face some super stiff penalties. In fact, emergency vehicles — like police cars — aren’t even exempt from this law: they cannot use their sirens unless it’s an absolute emergency.

In response to the ban, Shanghai drivers have resorted to switching out their horns for more, let’s say, creative means of expressing their discontent. The local paper is saying that commuters have switched “to music or voice recordings to make themselves heard.”

Can you imagine? You cut someone off in traffic and all you hear is “My Heart Will Go On” by Celine Dion?